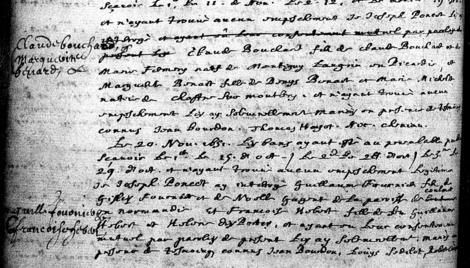 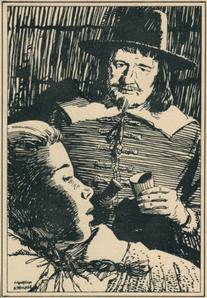 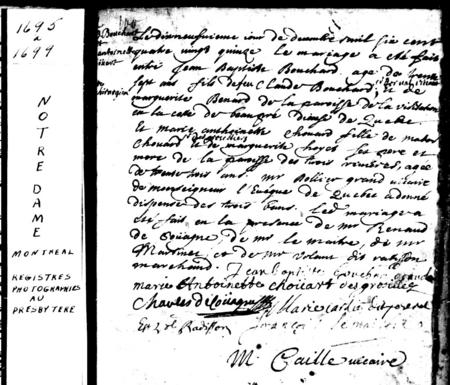 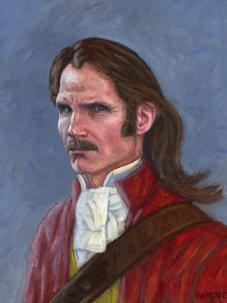 Marker on Lakeshore Drive at the bottom of Dorval Avenue​ 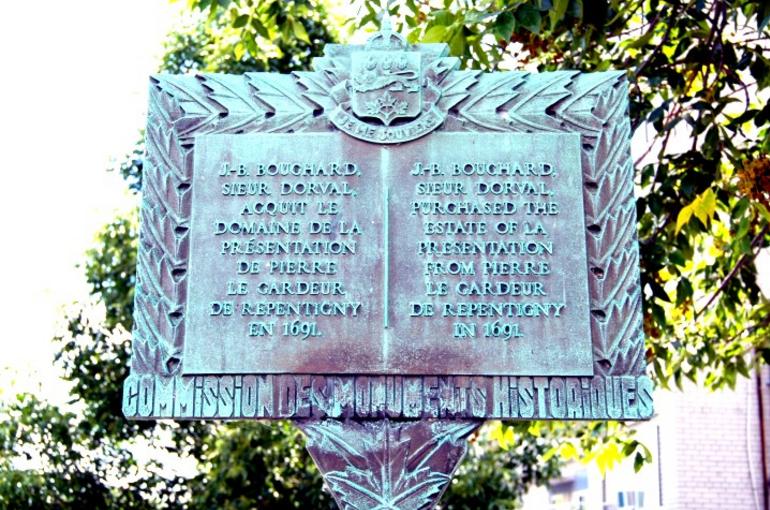 established a mission on the outskirts of what wasthen called Ville-Marie, a French

François Salignac de Fénelon (1) founded a school and a mission post for the Indians. In

1691, Jean-Baptiste Bouchard d'Orval, a fur trader and voyageur, bought the domain of

La Présentation from Pierre Le Gardeur de Repentigny (2), who was the owner at that

time. The city owes its name to Jean-Baptiste Bouchard d'Orval. His father, Claude

How did the name d’Orval come to be added?

Claude Bouchard was born in 1612 in Orval, one of eleven villages composing Montigny-Lengrain, Soissons, Picardy (France). Having studied medicine in France, he became a surgeon in his early 30s. In June 1643, Claude Bouchard immigrated to New France. He settled in Sillery, Québec (today the District of Sainte-Foy–Sillery–Cap-Rouge). On September 19, 1647, for reasons unknown, he returned to France aboard the L'Ange-Gardien, and stayed there until 1648, when he came back to New France. He bought a concession of land in Château-Richer (3), a small town situated east of Quebec City, where the first rural parish in New France was established in 1678, and where many of the early pioneer families in Quebec first settled. In the following eleven years he cleared 40 arpents of land for cultivation at Chateau-Richer. In addition to being a surgeon and farmer, he became bailiff, clerk, and notary of the Beaupré Seigneurie.

In a paper on the family, it is written that there was another Claude Bouchard, a tailor. The tailor and the surgeon were often confused. To avoid such mistakes, the surgeon added “d’Orval” to his name, after the village in Montigny-Lengrain (France) where he was born.

Marguerite Bénard was born in 1626 in Arpajon, in the

Paris urban area of the department of Essonne (France).

Seven children were born of their marriage, all of whom

grew up to become adults. Their eldest son, Jean-Baptiste

He eventually moved to Montreal, a key region for the

development of agriculture and the fur trade at the time.

On December 19, 1695, Jean-Baptiste married Marie-Antoinette Chouart Desgroseillers, the daughter of Médard Chouart des Groseilliers (5), a French explorer, who came to Canada in 1641, where he became a fur trader, and in 1670, co-founder of the Hudson’s Bay Company.

Jean-Baptiste died on November 19, 1703 in St Pierre, Quebec, and is buried at

​Origins of the name Dorval